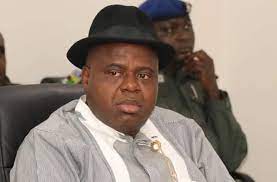 Diri who was reacting to the recent directive by President Muhammadu Buhari for states to revive cattle grazing routes across the country, explained that  Bayelsa will not consider such idea after prohibiting open grazing.

Speaking during a broadcast monitored on local radio station in Yenagoa , the governor explained that although, he was not countering the federal government’s decision to resuscitate grazing routes, his administration had put in place a legal framework to ban open grazing and movement of cattle on foot.

He also emphasised that the Southern governors had adopted the same position on the issue as part of measures to check farmers/herders clashes across the country.