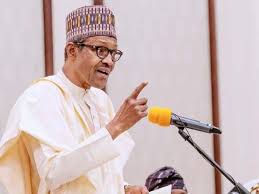 President Muhammadu Buhari, on Saturday, charged universities in the country to devote greater attention to entrepreneurship trainings in order to produce graduates that will create jobs, not job seekers.

Buhari gave the charge in Nsukka during the University of Nigeria, Nsukka (UNN) 49th convocation ceremony for the conferment of masters degree, doctorate degree and award of honorary doctorate on four eminent Nigerians.

He noted that universities had an important role to play in finding solutions to the problem of unemployment in the country.

“I challenge our universities to continue to emphasise more on entrepreneurship trainings so that graduates will be able to become job creators instead of perennial job seekers.

“I have no doubt that universities have vital role to play in finding solutions to the problem of unemployment in the country.

“UNN being the first indigenous university in the country will always be an institution of historical importance, “he said.

Speaking furher, the President urged experts in department of Conflict Resolution in higher institutions to use their wealth of knowledge to find lasting solutions to religion and tribal tension in the country.

“I know UNN and other institutions in the country offer courses on conflict resolution.

“Experts in this department should use their wealth of knowledge to find lasting solution to the problem of ethnic and religious tension in the country,” he said.

The Zamfara State governor, Bello Matawalle, on Saturday, vowed that the state government would deal ruthlessly with bandits and their sponsors in the state.

He gave the assurance in a broadcast to the people of the state.

The governor’s remarks followed renewed attacks by bandits in Zamfara.

Bandits had on Thursday night attacked Kadawa village in Zurmi local government area of the state and killed some people.

Matawalle said: “In recent weeks, the act of banditry has reverted to the ugly dimensions it had prior to the coming of my administration.

“The marauders kill without regard for any rules of sanity. Women, the elderly, and children are not spared.

“As a result, a large number of people have been displaced in nearly every town in the state.

“You are witnesses to what we have accomplished from the beginning of our administration, particularly the peace and reconciliation efforts that we initiated and achieved.

“As a result, we have been able to shift our violent narratives to one of optimism and peaceful coexistence. Unfortunately, things suddenly took a dramatic turn and things are getting worse by the day.

“It is clear that some invincible hands are plotting evil against our people with the goal of making our state as terrifying as it were in the years gone by.

“My constant prayer is for Allah to reveal those who are perpetrating these cruel atrocities against our people.

“I assure you that we will remain steadfast in our efforts to eradicate banditry and all types of criminality from the state.”

He urged community members to repel any attack against their communities.