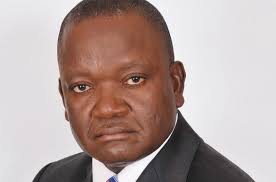 Governor Samuel Ortom of Benue State has threatened legal action against President Muhammadu Buhari if he decides to implement the Grazing Reserve Policy.

President Buhari had, last week, approved recommendations of a committee to review “with dispatch,” 368 grazing sites, across 25 states in the country, “to determine the levels of encroachment.”

The president’s directive followed his approval of the recommendations of a committee chaired by the Chief of Staff to the President, Ibrahim Gambari.

Among others, the committee had recommended the collection of field data on 368 grazing reserves across 25 states to assess encroachment and encroachers, stakeholder engagements and sensitisation.

Ortom, in an interview with journalists in Makurdi Sunday, insisted that the Constitution of the Federal Republic of Nigeria superseded the Northern Nigeria Law that provided for grazing reserves.

He maintained the state government under his watch would not accept the grazing reserve policy.

The governor stressed that Benue would not concede any land for the grazing policy.

“The truth is that if the entire country had accepted ranching, then why is Mr President insisting on open grazing when there is no land for such.

“In the 50s when this policy was initiated, what was the population of Nigeria? It was less than 40 million but today we are more than 200 million. The 923 square kilometres is not even enough to cater for the population. The reason Mr. President is insisting, to some of us, I think there is a hidden agenda.

“Mr. President has aides. The Attorney General of the Federation, Malami (SAN) and other lawyers around him should advise him. For God’s sake, it is laughable and it appears we do not know what we are doing.

“Under my watch, this state will not accept open grazing. I have already briefed my lawyers should Mr. President insists on going ahead with the policy,” Ortom said.