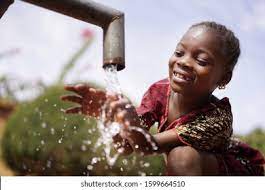 The Enugu State government has received $50 million (about N25 billion) in grants from the French Development Agency (AFD) to fight water scarcity in the state.

This was disclosed on Thursday by the Chairman of the Board of Directors and Management of the Enugu State Water Corporation, Innocent Diyoke, during a media briefing in Enugu.

According to Diyoke, the funding is already in place and is being used for the purpose it was meant for.

He said, “This funding is already in place and is being used to fund the Enugu Water Supply System, including the production centres.

“The Consultant has already commenced work. He has already worked for one month. He has five months to conclude the works and design and produce fine drawing and tender documents for the rehabilitation and complete revamping of Ajalli and Oji River Pumping Stations, as well as the transmission lines from Oji to Ajalli to Enugu.

Also, he explained that the project would involve the laying of about 12 kilometres of 700 mm diameter pipelines.

“We’re also extending pipelines in Enugu to areas that are not served as well as complete rehabilitation of distribution system and changing some of the old asbestos cement pipes that are prone to breaking and bursting. This is currently on board, and in the next year, Enugu will be flooded with water from that project.

“The contractor is already working hard and in the next six months we will be letting the bidding process and selecting the contractor,” Diyoke said.

Meanwhile, he said there has been some marginal improvement in water supply in the state since the inception of the current board three months ago, following some measures taken by the board.

“These measures have resulted in an improvement in water supply from about 11, 000 cubic meters per day when we came on board three months ago to over 40,000 cubic meters currently per day,” he added.

“We have driven down the streets in Enugu metropolis to confirm that some of the areas that were not receiving water three months ago are now receiving water.

“We’re equally doing the same rehabilitation measures in Nsukka and as we speak, four boreholes are currently working at Nsukka and fully supplying water to various households. In the next few weeks, six boreholes will be working because we have paid money for the remaining boreholes to be repaired and put to use.

“We have about 12 existing boreholes that have been out of use for quite some time now. But the government has awarded a contract for it for N600 million for the rehabilitation and revamping of the crash programme boreholes,” Diyoke added.