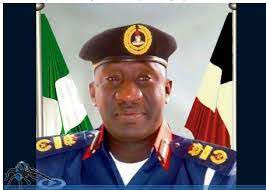 Abdullahi Gana Muhammad is the immediate past Commandant-General of the Nigeria Security and Civil Defence Corps (NSCDC). In this interview he spoke on the need for communities in Nigeria to collaborate with government for security and development. He also explained why it is difficult to conquer the Boko Haram insurgency, banditry and other forms of insecurity in the country.

What is your thought on the state of insecurity across the country?

Every Nigerian should be worried about what is going on, especially the issue of kidnapping and the crisis of the Indigenous People of Biafra (IPOB) in the South- East.

However, it appears the government is on top of the situation. It is not peculiar to Nigeria. Every country goes into trying periods. This is as a result of accumulated issues. Nigeria will get out of it.

But many Nigerians don’t believe there is light at the end of the tunnel; what do you think?

There is a bright light at the end of the tunnel.

Insecurity was once restricted to the North-East, but now, the South-East seems to have been in escalating crisis. What is your take on this?

The IPOB has been there for a long time, and it is worrisome. But as a former security chief, I am assuring you that the people we have in positions are competent. These things will be resolved.

How do you see reports that the Islamic State of West African Province (ISWAP) has infiltrated many parts of the North?

Every concerned Nigerian should be worried. Members of the ISWAP were able to come closer because of the porous borders we have. We have over 400 illegal entry points in Nigeria.

Most of them are not Nigerians. The mistake we make is that we see it as religious war; it is not.

I remember that when I was in office and some of them were arrested in Kaduna, some could not even recite Fatiha (the opening chapter in the Qur’an). They don’t even speak Hausa. So 90 per cent of them are foreigners. It is all part of the after effect of the death of Ghadaffi.  So many arms left Libya and got into Nigeria.

What should this government do that would be different from previous administrations?

I will not tell you what I told my colleagues, but we need to go back to grassroots security mobilisation. If the federal government can allow communities to mobilise their people and form an arrangement that would protect the communities, it will help out.

They should be allowed to get at least 2,000 young people, most of whom should live in the communities for a maximum period of five years. This is because when they get used to a place, chances of conspiracy become much. Yes, it has its pros and cons. The advantage is that individuals will participate in securing their communities.

Each local government can mobilise at least 1,000 indigenes to assist the conventional security agencies. Train them, but you don’t have to arm them because if you give them arms it will be a problem in the future.

When I was in service, I deployed 250 agro rangers to secure farmlands and agro- allied investments in a place like Borno State. We requested for the help of the citizens through the governor, who invited the civilian JTF, and within a short time, we got results. That is why I am clamouring for community-based security network.

Would you say that community-based security is the same as Amotekun of the South-West?

As an expert on security, how do you think the country would be maximally secured?

Both the army and police are undermanned. They need more personnel. Government is trying its best, but it needs to do more in the area of personnel and equipment because the bandits use sophisticated weapons. That is all I can say openly.

The federal government has indicated interest to release funds for the establishment of ranches and resuscitation of old grazing routes, but many Nigerians are opposed to this. What do you think?

I don’t know anything about that, but we have grazing reserves in Bauchi and other places.

The cattle will be healthier and jobs created through ranches. In those days when population and development were less, farmers and herders’ clashes were less, but now that the population has increased and development spread, it has taken over some of these routes. Herders have been going to the East and West for hundreds of years and we never had this type of issue.

Some Nigerians think restructuring would stop insecurity in Nigeria, what is your position here?

I am a strong believer in one Nigeria. God did not make a mistake by bringing us together. Today in Bida, we have the Igbo that have been living there for three generations. We also have the Yoruba that have been for three to four generations. Where do you want them to go? I think it is just some politicians that are using religion and ethnicity to cause problems for us.