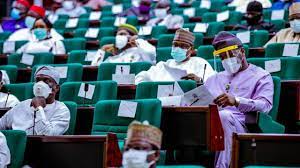 The House of Representatives and the Office of the National Security Adviser (ONSA) on Tuesday clashed over the whereabouts of the $44 million recovered from the Nigeria Intelligence Agency (NIA) by Economic and Financial Crime Commission (EFCC) at a residential apartment in Ikoyi, Lagos, four years ago.

The disagreement came to the fore during an investigative hearing by the House ad hoc Committee on funds and assets recovered between 2002 and 2020.

At the hearing, the Director of Finance and Admin in the ONSA, Brig. Gen. Ja’afaru Mohammed, said the money was not in the agency’s custody.

He told the House committee that ONSA has nothing to do with recovered funds and assets.

However, Mohammed insisted that the NIA money was not with the ONSA, saying the office has nothing to do with recovered funds or the management of such.

The ONSA official said the recovered money was about $41milion, adding that the funds had been returned to NIA on the directive of the President.

He said: “The NIA was under investigation and the President directed that the ONSA should take charge of the place. I was sent there to take charge of the agency’s funds. I went there and counted the money in their vault and it was about $41 million.

“We kept that money and after the investigation, the President ordered that the money be returned to the agency. We have returned it to the owners as directed by the President.”