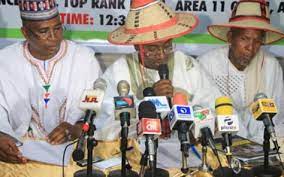 In the wake of the threat issued to the Delta State Government by an unnamed Fulani Group about an imminent attack, the Miyetti Allah Cattle Breeders Association of Nigeria (MACBAN) has slammed reports linking it to the threat.

Ripples Nigeria had reported that a group simply identified as ‘Fulani Jihadists’ threatened to attack the state if the governor, Ifeanyi Okowa did not rescind the ban on Open grazing within 72 hours.

However, the National Secretary of Miyetti Allah, Othman Ngelzarma, during a Sunday interview on Channels TV said that the statement is coming from ‘Mischief makers’ who are out to tarnish the image of the Fulani.

“Such statement that comes from faceless unknown groups shouldn’t be given any serious consideration. I believe this statement must be coming from mischief makers, people who are out to tarnish the image of the Fulanis.

“It is because of such negative profiling by the media that makes us believe that the anti-open grazing laws being intended to be promulgated by the Southern states are not laws stopping open grazing, they are laws against Fulanis living in the southern part of the country.

“The Northern governors must be up and doing and also begin to open discussions with their southern counterparts for them to put their heads together and come up with a solution”.