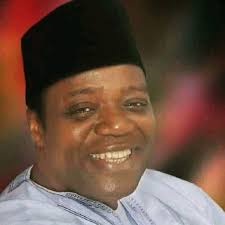 The Minister of Information and Culture, Alhaji Lai Mohammed, announced the appointment of Ilelah in a statement issued in Abuja on Friday.

He said Mr. Ilelah’s appointment is for a tenure of five years in the first instance.

Idachaba’s removal was announced four days after he ordered all broadcast stations in the country to go off Twitter.

The directive was in line with the suspension of Twitter by the Federal Government.