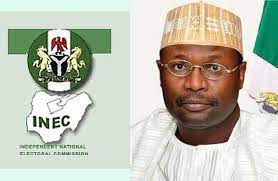 The Independent National Electoral Commission (INEC) has said that it would publish a comprehensive list of its new polling units (PUs) across the country next week.

The INEC Chairman, Prof Mahmood Yakubu, said this on Monday in Abuja at the formal handing over of a new state of the art fire truck, deployed to the commission’s headquarters in Abuja by the Federal Fire Service (FFS).

According to him, the details of the locations of the registration centres and the procedure for the commencement of online registration for resumption of nationwide Continuous Voter Registration (CVR) would also be made available next three weeks.

He expressed appreciation of the commission to the FFS and all security agencies for the demonstration of their support to protecting INEC facilities.

He said that the support was coming on the eve of the resumption of the CVR nationwide in the next three weeks.

“We earlier assured Nigerians that we shall conclude work on the expansion of voter access to polling units and make the new polling units available to citizens ahead of the CVR exercise.

“I am glad to report that we have accomplished this task for the first time in 25 years.

“A comprehensive list of the new polling units will be published next week.

“Similarly, details of the locations of the registration centres and the procedure for the commencement of online registration will also be made available after a series of regular consultative meetings with stakeholders next week,” Yakubu said.

He also said that, as a member of the Inter-Agency Consultative Committee on Election Security (ICCES), FFS had been as concerned as other security agencies about the recent attacks on our offices across the country.

He said: “Out of the 42 attacks on our facilities nationwide, 18 incidents resulted from arson and three more by a combination of arson and vandalism.

“On its part, the Federal Fire Service offered to deploy an additional state-of-the-art fire engine to the INEC headquarters to complement the two existing trucks.

“At the same time, it directed its state offices to take additional protective measures around other INEC facilities nationwide.”

Speaking earlier, the Controller-General (CG) of FFS, Alhaji Liman Ibrahim, said that the deployment of the firefighting truck was premised on recent fire attacks on INEC offices in different parts of the country.

Ibrahim, represented by the Assistant Controller-General of the service, Mr Samson Karebo, said the deployed truck would serve as fire cover for the premises of INEC headquarters and the entire Maitama vicinity of Abuja.

He said: “The FFS is taking this step as a proactive measure to protect our critical infrastructure and help to protect our economy by forming synergy with all stakeholders in protecting our environments.

“Our centre is focused on bringing firefighting operations to every part of the country as part of our statutory duties by having presence in virtually every state in Nigeria.

“The FFS will very soon be moving into all senatorial headquarters in the country. That is how we want to operate for now so that we can touch every corner of this country.”

Also speaking, the National Security Adviser (NSA) Maj-Gen. Babagana Monguno (Retd), who is also the Co-Chair of ICCES, described the deployment of the truck as a demonstration of President Muhammadu Buhari’s commitment to sustain Nigeria’s democracy and address insecurity.

Monguno said that the gesture also symbolised commitment to a clear affirmation of President Buhari toward protecting institutions of government, and securing their property, toward fighting acts of irresponsibility, vandalism and outright criminality.

On his part, the Inspector General of Police, Mr Usman Alkali Baba, pledged the commitment of the Police and other security agencies to work with INEC and protect INEC’s facilities and citizens’ life and property.