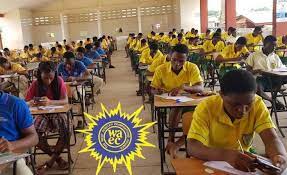 According to Adefisayo, letters of advice and warning were issued to some of the schools while others were told to pay fines as a punishment.

The TESCOM Chairman, speaking candidly to the affected school owners said “A level of trust has been reposed in schools to  uphold the virtues of a qualitative educational system and not continue to bring disrepute to the state ministry of education.”

She affirmed that the state government would continue in its quest to identify recalcitrant schools and sanction them accordingly.

The Chairman stressed that the schools must support the administration of Mr. Governor, Babajide Olusola Sanwo-Olu who will leave no stone unturned at ensuring that students enjoy quality and sound education.

In another investigative panel led by the Director-General, Office of Education Quality Assurance, OEQA, Mrs Abiola Seriki-Ayeni, 27 schools indicted by the West Africa Examination Council (WAEC) for general examination malpractice were fined up to N500,000 payable to the state government’s coffers following the conclusion of the investigations.

The fine, she noted was to serve as deterrent to offenders.

She stressed that the decisions of the investigative panel of enquiry are corrective measures, adding that recalcitrant offenders can have their approval totally withdrawn and school deregistered.

“All indicted schools are to repeat Whole School Evaluation (WSE) and Subject Recognition Inspection (SRI) process with OEQA within the two years derecognition period as mandated by WAEC,” Seriki-Ayeni stated.

In her remark, she urged owners of schools to ascertain that their students are adequately prepared for external examinations to avoid any form of examination malpractice.

According to her:  “You must ensure to instill good morals in your students because the Lagos State Government has zero tolerance for examination malpractice and any form of social vices.

“Therefore, all school administrators must see to it that their students are self-confident, rooted and well-groomed academically.”

She advised the erring schools to henceforth inculcate into their system a model that works against examination malpractice to regain the trust of parents.

She also urged the affected school owners and the general public to continue to strictly adhere to government policies and regulations concerning the conduct of examinations in the state in order not to be found on the wrong side of the law because ignorance is not an excuse as integrity is non-negotiable.