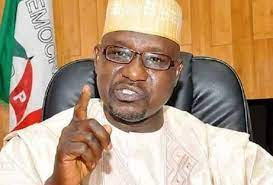 Mustapha Gulak is the first son of Ahmed Gulak, the slain All Progressives Congress chieftain and former political adviser to former President Goodluck Jonathan has cleared the air on the alleged N10bn reward owed his father by the Governor of Imo State, Senator Hope Uzodimma.

In an interview with THEPUNCH’s HINDI LIVINUS, he stated that the alleged N10bn reward due to his father from Governor Hope Uzodinma is a conspiracy theory.

The medical practitioner said: “The issue of people saying he helped Hope to become governor and all that is nonsense. Primaries were conducted and Hope won the primaries. So, all this talk by people, who come on board to say he helped Uzodimma to become governor, is just talking.

“Primaries happened and Hope won. The story about the deal with Hope, I read it on the pages of newspapers that he promised him N10bn and he wasn’t going to fulfil it. I believe it is a conspiracy. I can swear by my faith that had it been that there was such a deal between my dad and Hope, I will know about it.”

Speaking if the relationship that existed between his father and Imo State Governor cost him (His Father) his life, junior Gulak said:

“Well, I don’t want to attribute my father’s murder to politics despite people saying it was political. His killing was purely an assassination. At the same time, to respect my father’s memory, I wouldn’t want to say his friendship with Governor Hope Uzodimma or his association with the southern part of the country cost him his life. God had destined that my father would not exceed the 30th of May, 2021.”

Dr. Mustapha also said that his father never entertained any fear visiting the South Eastern part of the country as he sees them as family.

“There was this connection he had with the southern part of the country; he took people from that part as brothers. I can tell you that he had a lot of friends from there; he visited there comfortably. For him, he didn’t have the insecurities, the way an average northerner feel when going to the South.

“My father travelled across Nigeria comfortably; he didn’t see the need to get a security escort attached to him when on such trips.”