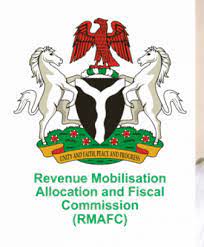 THE Revenue Mobilisation Allocation and Fiscal Commission, RMAFC, has revealed that a new Revenue Allocation Formula among the three tiers of government (federal, states and local governments) would be ready before the end of the year.

Chairman of the commission, Engr. Elias Mbam, revealed this while receiving members of the National Assembly Service Commission, led by Engr. Ahmed Khadi Amshi, in his office, in Abuja, according to a statement by Chris Nwachukwu, the agency’s spokesman, yesterday.

Engr. Mbam said a comprehensive review to ensure a more equitable distribution of the accrued revenue into the Federation Account to the three tiers of government would commence in July and would be concluded before the end of 2021.

He added that the formula for the sharing of federation revenue to the various states and local governments would also be reviewed.

The RMAFC boss also disclosed that the review of remuneration for political and Judicial office holders would equally take off as soon as the Federal Government released funds for the exercise.

Engr. Mbam described RMAFC as one of the 14 executive bodies contained in the 1999 constitution as amended and saddled with the statutory function of reviewing from time to time the RAF and principles in operation to ensure conformity with changing realities alongside monitoring appropriate revenue accruals to the Federation account by the revenue generating agencies.

He appreciated RMAFC in its mandate of boosting the revenue generation of the Nation and its equitable distribution to the three tiers of government.