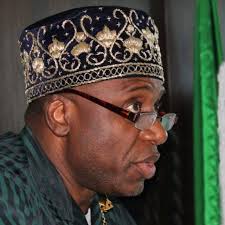 The Minister of Transportation, Rotimi Amaechi, said on Wednesday the Federal Government has paid $150 million out of the $2 billion loan taken from China for railway projects in the country.

He said the $150 million represents 7.5 percent of the entire loan.

The minister disclosed when he featured in a Channels Television’s programme, ‘Politics Today.

Amaechi said contrary to claims by the opposition the federal government only took loans from China for the Kaduna-Abuja and the Lagos-Ibadan railways.

He stressed that the government has commenced the repayment of loan for the Kaduna-Abuja rail project.

“The right ministry to respond to the question on repayment is the Ministry of Finance. They borrowed and repaid. But I think the last I heard about it, it was between a $100m to $150m repayment that we have done so far in the Kaduna-Abuja.

“Nigerians think we borrow so much but the only projects we have borrowed so far is the Kaduna-Abuja where we borrowed $500m and the Lagos-Ibadan where we borrowed $1.5bn. So, that brings the total loan exposure for us in the Ministry of Transport to about $2bn as far as railway is concerned.”