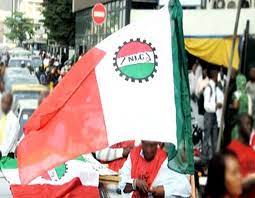 The Nigeria Labour Congress (NLC), and Trade Union Congress (TUC), in Nasarawa State, on Monday, declared a trade dispute with the State Government over non-implementation of the minimum wage and non-release of promotion of workers for over 12 years

The Chairman of the NLC in the state, Comrade Yusuf Iya, disclosed this while briefing journalists in Lafia, the state capital.

He explained that the refusal of the Nasarawa State Government prompted the organized labour to embark on the indefinite strike after several years of exercising patience.

Some of the complaints Iya listed included, lack of promotion, lack of annual increment of salaries, lack of training, non payment of gratuity, lack of housing for workers, non payment of local government staff including primary school teachers, non implementation of minimum wage, non payment of the last tranche of August 2016 salary arrears and non confirmation of workers appointment by the government.

“We are calling on the state government to demonstrate genuine commitment by ensuring that our demands are met considering the long period it has taken and the continued assurance by the present administration that it will meet up with our demands.

“Workers in the state have been stagnated for over a decade hence the need for government to consider the urgent need for the implementation of promotions at hand. As for the promotion yet to be issued from 2018, we call on the government to process and issue to deserving workers immediately” Iya said.

On the issue of housing, Iya said in line with the Federal Government housing policy, the Nasarawa State Government should consider making workers in the state, house owners in order for them to have a roof over their heads after retirement.

“The government should consider the passionate appeals made by organized labour and the occupants of the various houses in Nasarawa state, namely; Abdullahi Adamu Housing Estate, Nasarawa Estate Along Makurdi road, phase I and Phase II, Project Quarters and the Junior Staff Quarters located at the old tomatoe market on the need to be allocated to them on owner-occupier basis in line with the Federal Government housing policy which has already commenced by most states.

“The Nasarawa State government should as a matter of urgency key into the contributory pension scheme so as to relieve the government, the huge burden of pension and gratuity found in the state.

“We hereby direct all public servants in the state including private sector workers who are affiliates to the Nigeria Labour Congress and Trade Union Congress to proceed on an indefinite strike action as from tomorrow, Tuesday 15th, June 2021 until when our demands as mentioned above are met,” he said.

Chairman of the TUC in the state, Comrade Mohammed Doma, however, charged workers in both the public and private sectors to give the needed support to the organized labour to ensure that the strike is successful.

“The decision to embark on an indefinite strike action today is our collective decision and it is a case of no retreat, no surrender. We have suffered for a long time. Nasarawa state workers are the most patient and obedient workers in this country having stayed for many years without promotion, training and annual increment of salaries.

“I urge workers in the state to ensure that this strike is effective and we are not going back until our demands are met”, he said.