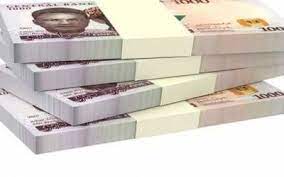 On Tuesday, the South African Rand, Ghanaian Cedi, Egyptian pounds and Kenyan Shilling all climbed against the Nigerian Naira.

Data from Google finance provided by Reuters showed Naira fell to the South African Rand by 0.13 percent to close at N30.40 from N30.36 it opened the week on Monday.

Similarly, one Ghana cedi rose from N70.53 when trade began on Monday to N70.79 on Tuesday.

In fact, according to abokifx data, one Ghana cedi was swapped at N95 on the parallel market yesterday.

Egyptian pounds also gained against the Naira by 0.92 percent to close at N26.25 on Tuesday from N26.01 it closed on Monday.

Naira also weakened against the Kenyan shillings in value by 0.79 percent to close Tuesday trade at N3.82 from N3.79 on Tuesday.

On Tuesday, the Nigerian naira fell further against the US dollar in the foreign currency market.

According to data released on the FMDQ Security Exchange, the naira closed at N411.50 in the Investors and Exporters (I&E) window on Tuesday, a 0.11 percent decrease from N411.07 on Monday.

This occurred as foreign exchange supply slumped by 58.52 per cent, with $62.79 million posted as against $151.37 million recorded in the previous session on Monday.

The Naira stayed at N502 to a dollar on the black market of the foreign exchange market, while it also traded at N715 to one British pound.