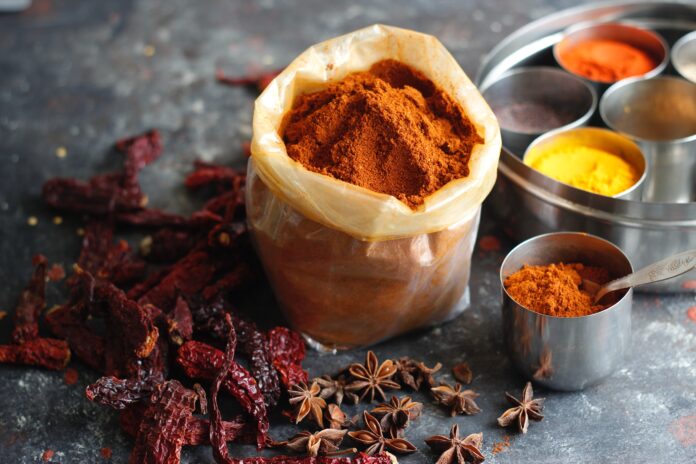 The world is a haven of natural spices which hold so many benefits for the continued survival of humans, plants, and animals. Among the many spices in the world, one very important spice is turmeric sometimes called curcumin. This spice holds many health benefits as we will unveil in the course of this article.

Turmeric has its origins in ancient India and some countries in the regions of Africa. In ancient India, turmeric was used as part of a mixture of traditional medicine and it is used today both as a medicine and as a cooking spice. It grows rapidly in regions that have warm tropical climates and this is why turmeric survives in India and the parts of Africa where it grows.

According to science and scientists, turmeric is a member of the Zingiberaceae family where the ginger spice belongs to. Its scientific name is Curcumin Longa and this is due to the presence of curcumin, the ingredient in turmeric that gives it color and performs a major role in the potency of the spice.

As people get older, their brain performance rates start to deplete and their brain cells suffer damages due to the occurrence of neurodegenerative diseases such as Parkinson’s disease, dementia, and Alzheimer’s disease. These neurodegenerative diseases lead to progressive degeneration of the function and structure of the central nervous system and the peripheral nervous system.

The curcumin present in turmeric is an active ingredient that helps to fight whatever comes to attack the structure and functions of the brain cells. It gets rids of the obstacles that try to prevent the brain cells from functioning properly.

For already damaged brain cells, curcumin and turmeric are potent spices in restoring the brain cells. It is a recommended addition to the diets of persons who are suffering from any form of neurodegenerative diseases.

Limits the Rise of Blood Sugar

A rise in blood sugar levels also called hyperglycemia can cause serious health implications. This occurs when the body is unable to make insulin or respond properly to insulin. The former condition is what is known as type-1 diabetes while the latter is called type-2 diabetes.

When there’s too much glucose stored up in the blood, it can lead to the damage of the vessel that supplies blood to vital organs of the body. This condition can lead to heart diseases, kidney diseases, stroke, nerve problems, vision problems, etc. Diabetic know so well that they ought to keep their blood sugar levels within target range else they could fall into serious complications.

As a part of the cure for high blood sugar levels, turmeric has a unique ability to reduce the amount of glucose in the blood, ensuring it comes down to normal levels. It also enhances the body cells and reduces their resistance to insulin so they can respond properly to the hormone.

According to traditional medicinal usage of turmeric, it can increase the effectiveness of drugs typically used in treating diabetic patients. This can help limit the rise of blood sugar and control the diabetic significantly to a stable condition.

Cancer has become one of the major health challenges facing humans across the world regardless of age and gender. From prostate cancer to breast cancer to colon cancer to cancer of the blood, liver, and so on, many battle cancers in varying levels and types.

Recent studies aimed at finding a breakthrough in curing cancer have found turmeric to be capable of hindering the formation of cancer cells in certain regions of the body. According to these studies, turmeric is highly effective for preventing and fighting breast cancer, prostate cancer, colon cancer, and leukemia.

Also, curcumin was found to be restricting the transfer of cancer cells from the infected part to other parts of the body. One of the many reasons why cancer is dangerous is that the cancerous cells spread to other parts of the body but with curcumin, this spread can be effectively aborted. Although not backed by substantial proofs, it is believed that curcumin can help destroy cancerous cells.

In boosting the body’s immune system, turmeric was found to contain a component called lipopolysaccharide, a substance that is believed to boost the immune system’s resistance to diseases. On this account, taking turmeric either in its powdered form or as part of a diet would go a long way in fighting diseases already domiciled in the body.

Also, the turmeric spice was found to have antibacterial, antifungal, and antiviral properties which helps to strengthen the immune system and help the provide fight off diseases efficiently.

Also called joint inflammation, arthritis is a health condition characterized by the inflammation of one or more joints in the body which causes severe pains and stiffness that worsens with time. Arthritis is often caused overly engaging in an activity that causes trauma to the joints, bone spurs, infections, weight gains, cold weather, and repetitive motions among others.

Turmeric contains anti-inflammatory and antioxidant properties that have proven to be helpful in relieving arthritic pains and also curing arthritis. There are claims postulating that using turmeric as a cure for arthritis is more potent than most pharmaceutical products. One thing is for sure, with the right amount of turmeric, arthritic patients can enjoy a bit of comfort from their pains.

Lastly on the primary health benefits of turmeric is the lowering of cholesterol levels. Due to the presence of antioxidants in the turmeric spice, it is effective in the reduction of serum cholesterol levels. This property also makes it potent in reducing the chances of suffering from a cardiovascular disease.

Final Thoughts on the Primary Health Benefits of Turmeric

Turmeric is certainly one of the world’s most important spices and this is supported by many of the health benefits it possesses. With turmeric, we have a better chance at fighting cancer, lowering cholesterol levels, repairing brain cell damage and enhancing the performance of the brain, relieving arthritic pain, and limiting the rise of blood sugar.

Taking it as a medicine or making it part of your diet, whichever way you choose, turmeric is sure going to suffice as an important solution to majority of the health issues we face daily.