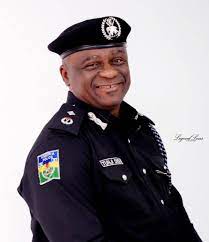 Disu replaced DCP Abba Kyari, who was suspended following his indictment by the FBI.

Just like Kyari, Disu is a ‘celebrity’ cop who is very popular on the microblogging platform, Twitter.

While serving as the Commander of the Rapid Response Squad in Lagos state, Disu became the delight of the public due to what many perceived as his proactiveness in addressing several security issues and the reform of the unit under his watch.

Disu, aside using his Twitter platform to respond to urgent security matters, he also got admirations due to the sense of humour, he most times, exhibits while engaging his numerous followers.

Here are other interesting facts about DCP Tunji Disu: