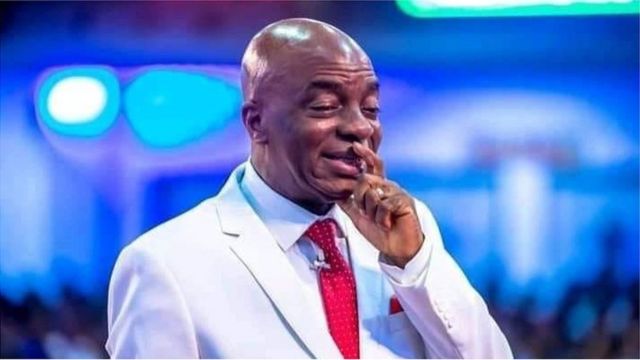 Peter Godwin, a former pastor of the Living Faith Church International, popularly known as Winners Chapel, who was sacked for failing to make enough money has been compensated by a South African-based pastor, Isaiah Okechukwu.

The founder of Abba Father Ministries, a South African-based church made this known via his Facebook where he revealed that he’d be placing Godwin on a 100, 000 salary for the next 5 years pending when he finds his feet again.

He also compared Oyedepo’s action to that of billionaire businessman, Obi Cubana, whilst sharing a screenshot of his first payment of N100, 000 to Godwin.

He wrote; “The reason why some people are not condemning Bishop David Oyedepo is because he is the Godfather to their spiritual fathers and for that they have become imbeciles who cannot speak up and talk.

“The same godfatherism in politicians lives is the same game that is being played in the church of God.

“Indeed Oyedepo and some of our fathers have a lot to learn from Obi Cubana,”

Recall that Peter Godwin, who claimed to be a former pastor of the Living Faith Church International, popularly known as Winners Chapel, has alleged that he was sacked for failing to make enough money.

According to reports, Godwin stated, in a video, that he was employed on the 28th of August, 2020.

According to the former pastor, he alongside forty of his colleagues were invited by the state pastor on July 1, 2021, and were all sacked over low income in their branches.