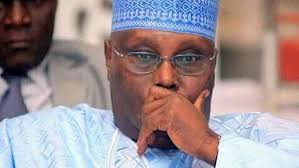 A Federal High Court sitting in Abuja, on Thursday, fixed September 27, for the determination of a suit challenging the nationality of former Vice President Atiku Abubakar.

The suit was filed by the Incorporated Trustees of the Egalitarian Mission for Africa, querying the citizenship of Abubakar, through its counsel, Akinola Oladimeji, who informed the court that he was not prepared to proceed with the case as he only got information that the matter was coming up on Wednesday.

Oladimeji had explained that he was informed only on Wednesday that the matter was coming up on Thursday, even when he was aware that the hearing was slated for September 20.

The judge, Justice Inyang Ekwo, expressed displeasure with the controversy surrounding the date of the matter and adjourned the suit to September 27.

In the suit marked FHC/ABJ/CS/177/2019, the group is challenging the eligibility of the Atiku Abubakar to contest the 2019 presidential election on the grounds that he was not a Nigerian citizen.